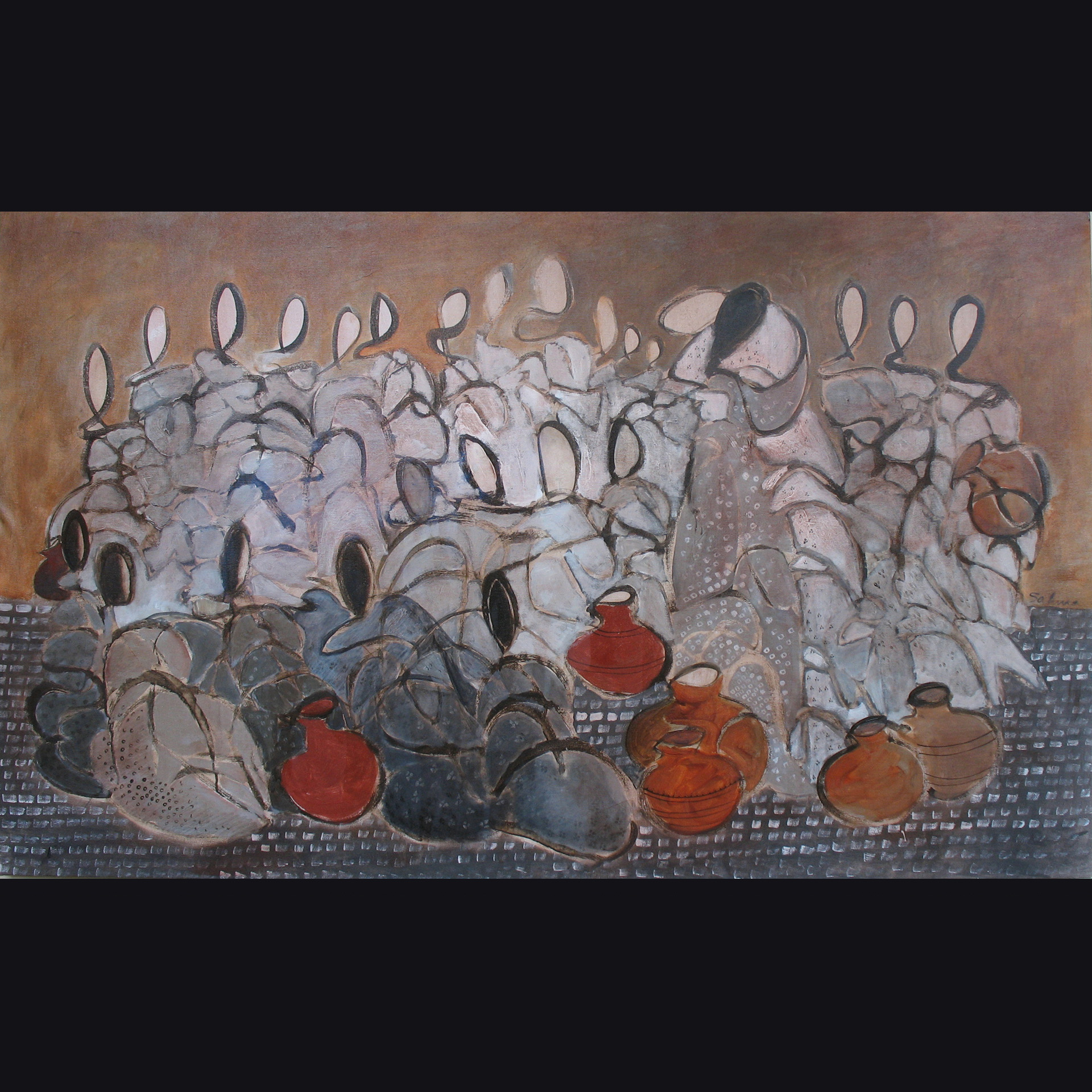 Salma Arastu was born in the city of Ajmer, Rajasthan, a historic desert town in Northwestern India in 1950. She now lives and works in Emeryville, in Alameda County, in the Bay Area. She has been painting for more than thirty years, since earning her degrees in Fine Arts from the College of Fine Arts and Architecture, Jawaharlal University, Hyderabad, in 1971 and later in 1974 from the MS University in Baroda, India. Her work with continuous and lyrical line is influenced by her native culture and her residence in Iran and Kuwait City before emigrating to the US in 1986. Born into the Sindhi and Hindu traditions in her native India, she later embraced Islam through her marriage. Being very spiritual by nature and by the upbringing by her mother, she realized the unity that was possible among all people. She was able to transcend barriers often set forth in the traditions of religion, culture and the cultural perceptions of handicaps. Her personal triumphs have been defined and shaped by the simple principle of faith in The Divine, the compelling force which has guided her life and work. As a woman, a Hindu, a Muslim and a multi-cultural artist and a mother, she sees a unique opportunity to create harmony and world transformation through the expression of the Universal in her art.
PrevNext