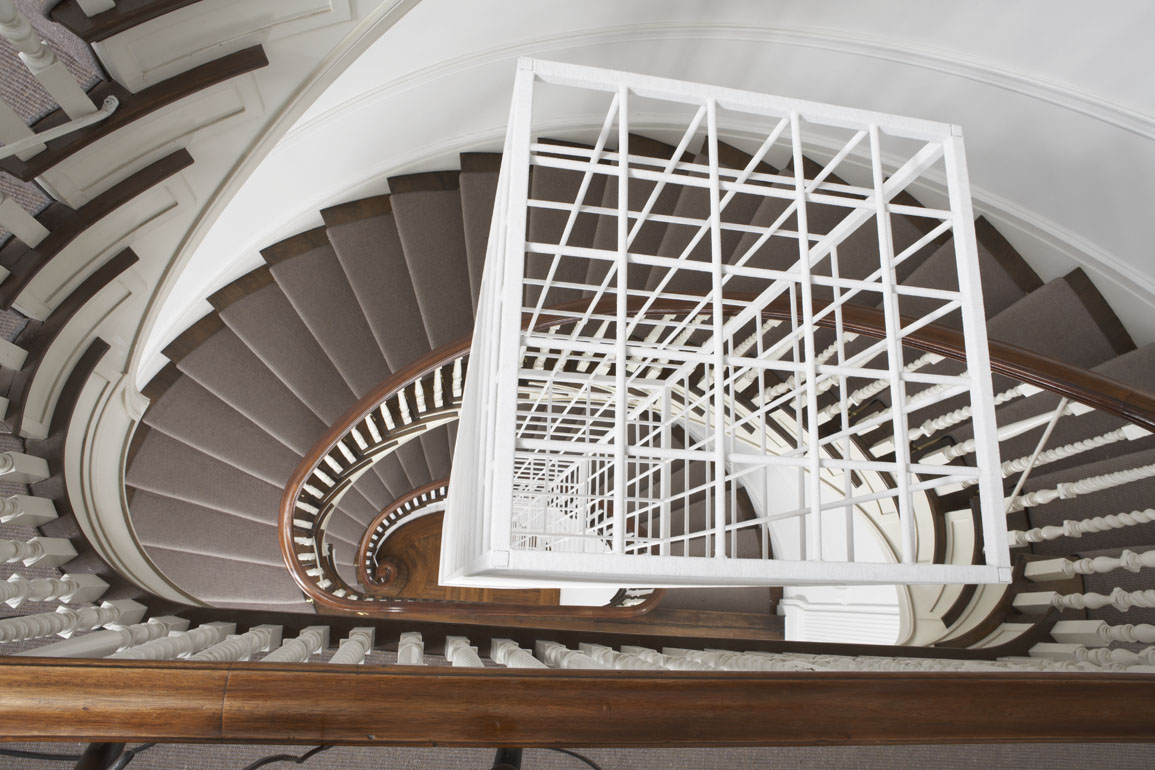 Born in New York City in 1969, Liza Lou works in Los Angeles and Durban, South Africa. She has had numerous solo exhibitions including L&M Arts, New York; White Cube, London; Galerie Thaddaeus Ropac, Paris; Museum Kunst Palast, Düsseldorf; Henie Onstad Kunstsenter, Oslo; Espai 13, Fondació Joan Miró, Barcelona. She was a 2002 recipient of the MacArthur Foundation Fellowship. Liza Lou first gained attention when her monumental work "Kitchen" was shown at the New Museum of Contemporary Art, New York, in 1996, now in the permanent collection of the Whitney Museum of American Art, New York. This sculptural tableau introduced her unique and trademark medium of objects and environments overlaid with glass beads, while simultaneously establishing many of the social concerns that underpin her work. The formal beauty of her beaded environments are often haunted by a mood of injustice or violence, and this mix of seduction and menace gives her work extraordinary power. Most recently, Liza exhibited a new body of work revealing the levels of technical mastery and thematic complexity that she developed over the past three years while living and working in Durban, South Africa. From monumental beaded sculptures to wall "reliefs," these works thrive on the tension between the apparent impossibility of their construction, the seductive beauty of their surfaces, and the sinister implications of their subject matter. They show an artist deeply engaged with her medium, pushing it in new and astonishing directions to create work of quiet, confident beauty while simultaneously highlighting the religious and geo-political tensions that mark our present age. "Tower" is an ethereal cage that seems to rise into infinity, "Continuous Mile" has a ritualistic air suggestive of coercion, and "Security Fence," with its ribbons of razor wire, twinkles seductively even while it evokes the prisons at Guantánamo Bay. The "Reliefs," unique densely layered panels, readily bring to mind the prayer rugs on which they are partly based, yet they are also reminiscent of topographical maps of cities, abstract art, and mysterious altars.
PrevNext