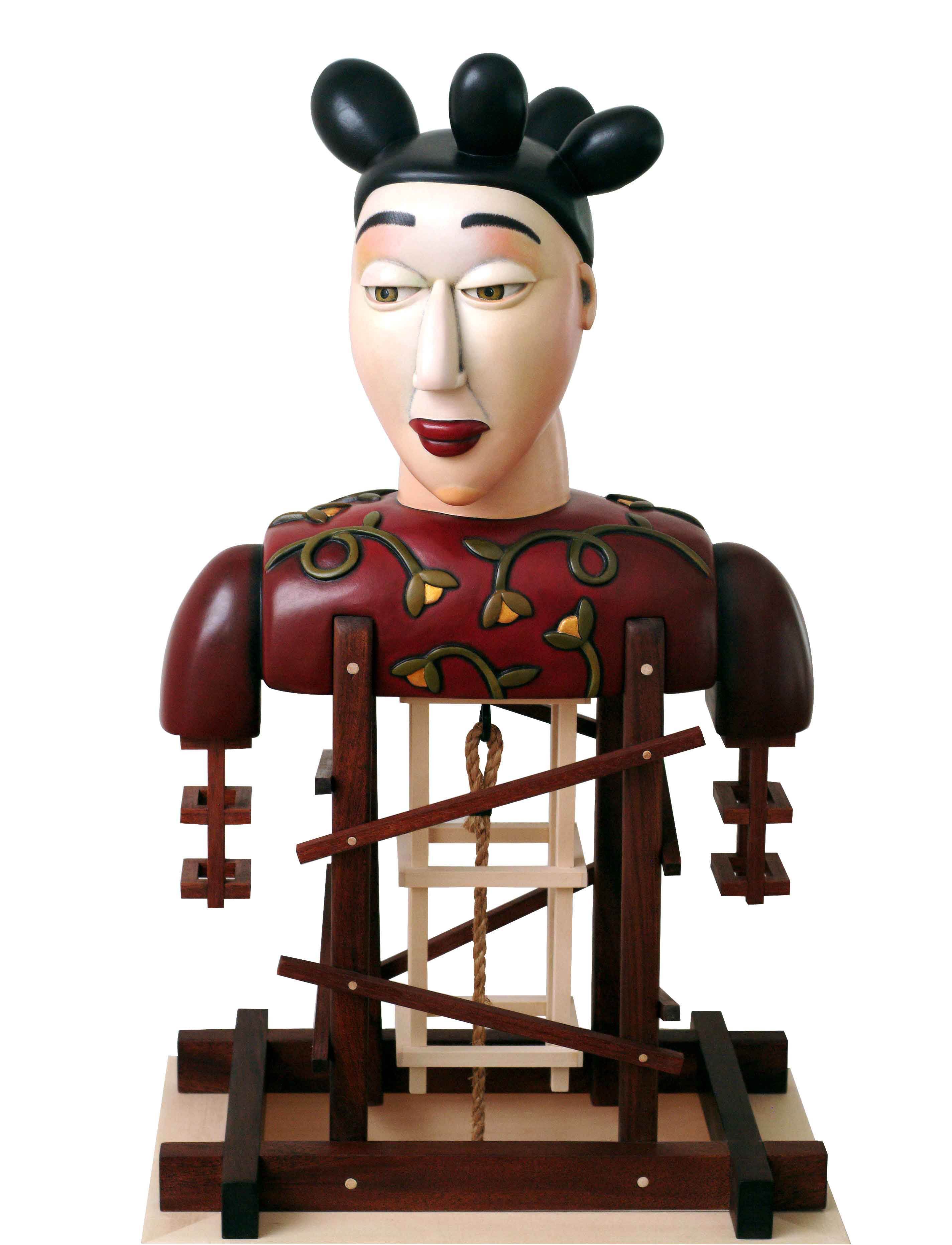 Lanie Gannon studied painting at the Memphis College of Art earning a BFA in 1981. What she really wanted to do was make objects out of wood. This interest led her to study woodworking at the Appalachian Center for Crafts in 1983-1986. It was during this time that she began to learn the discipline and method of working with her hands. She has been working in the third dimension ever since. In 1988 Lanie received the National Endowment for the Arts, Visual Artist Fellowship Grant and in 1994 was awarded the Tennessee Arts Commission/Owens-Corning Visual Arts fellowship. In 2000 Lanie received the Tennessee Arts Commission Individual Artist Fellowship. Lanie taught sculpture at Belmont University in Nashville, Tennessee for 18 years. She is now a full time studio artist in Nashville; making and exhibiting her work. She has independently produced two books. Nom de Plume, a book of drawings, was published in 1990 and Book of Ruby, was published in 1999 with funding from the Tennessee State Museum. Recently her work was included in the book, Scratching the Surface, Art and Content in Contemporary Wood, by Michael Hosaluk, Guild Publishing, 2002 , The Penland Book of Woodworking, Lark Books, 2006 and The Guild Sourcebook of Architecture and Interior Art, Guild Publishing, 2008.
PrevNext